At Queen’s Hill Primary and Nursery School we operate a ‘house’ system. The children are allocated to a ‘house’ along with any siblings that they may have in the school. Each house is named after one of the wives of Henry VIII; Aragon, Boleyn, Seymour, Cleves, Howard, or Parr. Our school is called Queen’s Hill because in 1546, Henry VIII granted Costessey Hall and Manor to Anne of Cleves. A surviving early Tudor building sited in what remains of Costessey Park, near to Queen’s Hill, is thought to be the hall granted by Henry. This is why we chose to name our houses after the wives of Henry VIII. 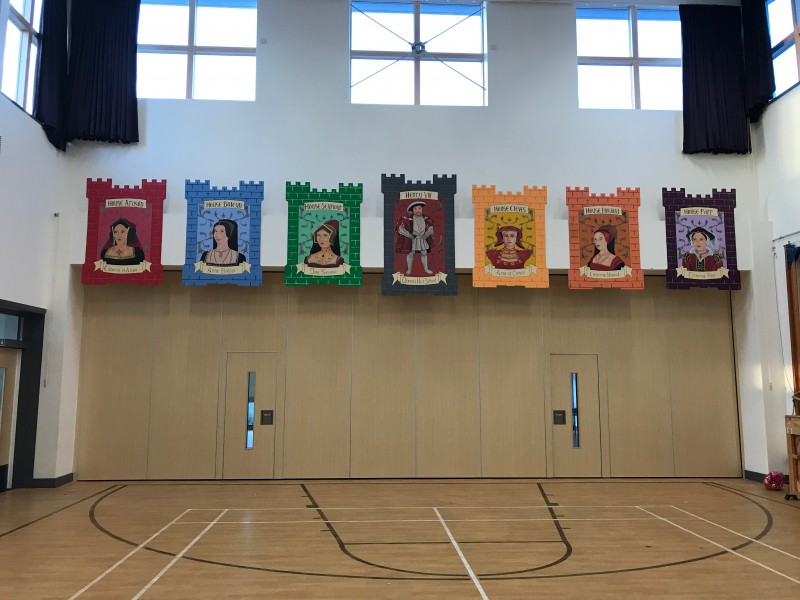 Each day children eat lunch in their house group. Within each house are children from Reception to Year 6. Older children are encouraged to support the younger children and model excellent manners and behaviour and assist with pouring water and clearing plates etc.

We also run curriculum days each half term where children learn in their house groups and move around the school learning about a particular theme. Again, older children take the lead on these days in supporting the younger children; this in turns helps to create a family feel to the school.